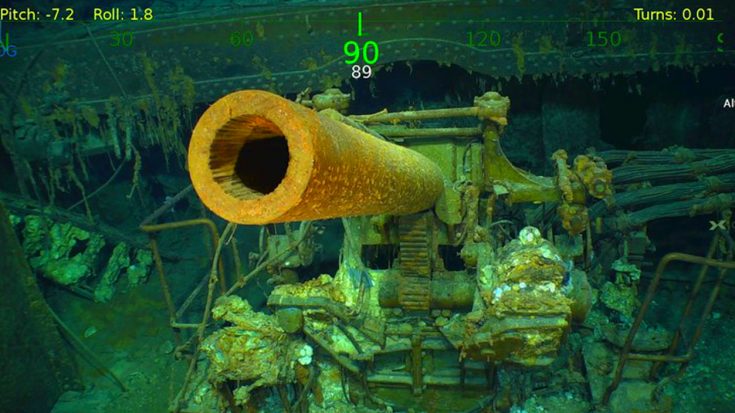 Microsoft co-founder Paul Allen has a deep passion for the history of WWII and had spearheaded many expeditions to find lost relics of the war. These expeditions have let to the discovery of the USS Indianapolis, Battleship Musashi and an assortment of other lost naval vessels. Now the USS Lexington has been discovered off the coast of Australia 76 years after it was lost in the Battle of the Coral Sea.

“Lexington was on our priority list because she was one of the capital ships that was lost during WWII.”

The loss of the USS Lexington was a sad moment when its crew perished, but its sacrifice was not in vain as the US Navy gained a crucial victory over Japan in the Battle of the Coral Sea. This video captures the first images the USS Lexington two miles beneath the ocean’s surface.