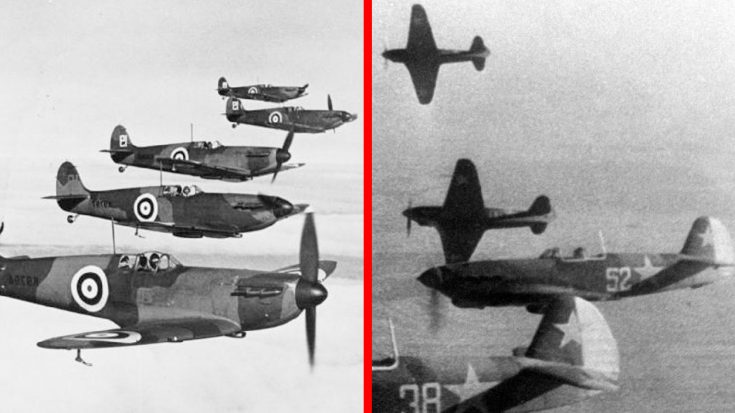 During WWII not all battles were created equal, especially when it came to aerial warfare. You had different nations using different aircraft with various strategies and tactics. However, the some of the most noticeable differences between aerial combat methods used on the Eastern and Western Fronts of World War II.

On the Western Front, the US Army Air Force and Royal Force followed the doctrine of Douhet Theory which focused on strategic bombing. They would lead with fighter planes to soften the defenses and thin numbers of enemy fighters before large bomber aircraft would follow with the main attack. This theory was the forefront their military strategies, taking priority over ground troops and naval battles.

“Soviet fighters were supposed to protect their own tanks against Ju-87 Stukas and their Il-2 Shturmoviks against Me-109s, not win some vague air superiority battle.”

The combatants on the Eastern Front were experienced in bombing from their time in the Spanish Civil War and believed that strategic bombings were not as effective as tactical strikes. So combatants on the Western Front implemented strategic bombings with aircraft with heavy payloads and longer range. Miltary History Vlogs has a few additional details on the tactical differences in the following video.