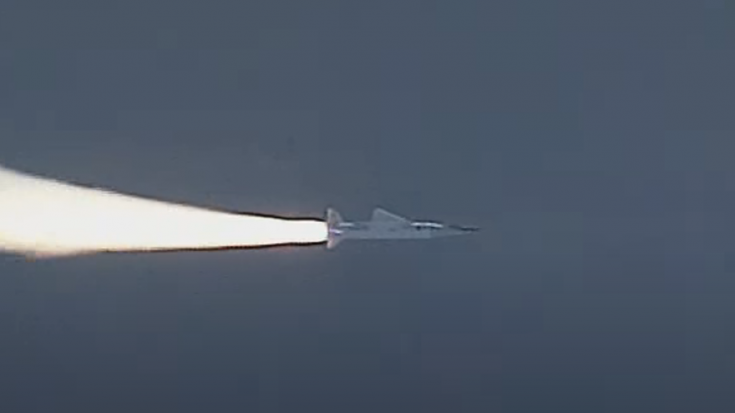 To See Is To Believe

This small, unmanned, jet-powered aircraft broke the record for the fastest unmanned jet back in 2004. It broke speeds up to Mach 9.6 which roughly equates to 7,000 mph. Reports from other sources claim it reached Mach 9.8 at its apex. That means this aircraft can go around the world in about 3 hours!

Even though the results are promising, the concept of human travel using them does not. Traveling at Mach speeds generates a lot of heat due to the compression shockwaves. The presence of intense heat poses a threat to the aircraft’s airframe melting. NASA prevented this from happening by cycling water behind the engine cowl and sidewall edges to cool the surfaces.

The dream of going around the world in less than 4 hours might still be far away from reach. But innovations like this can help engineers and scientists study and improve aviation technology.