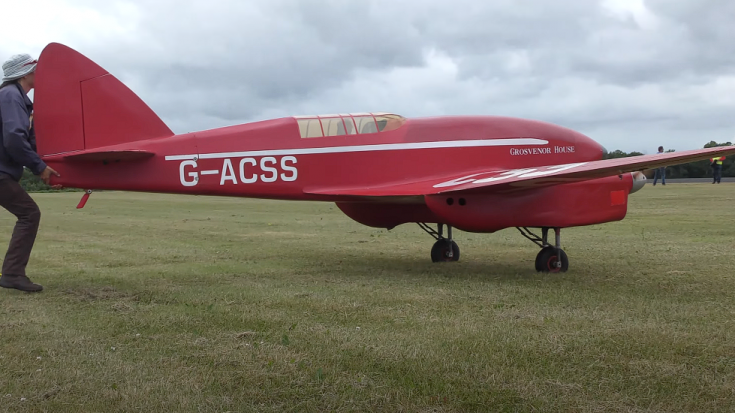 Steve Holland’s DH.88 Comet stays true to the original “Grosvenor House.” This vibrant red aircraft is a 50% scale model built 23 years ago. According to Steve, the owner and pilot of the Comet, the model cost him around $5,000 to build.

The Grosvenor House uses two 74cc Zenoah petrol engines, each having 1.5L tanks. It weighs around 150lbs and is made of Balsa wood, plywood, and hardwood spars.

Holland first flew his Comet in 1999 after building it for three years. Since its maiden flight, it has flown over 100 flights.

Decades later, Steve is still constantly maintaining the Comet, and we see his efforts pay off during this show. Its eye-catching colorful frame and spectacular maneuverability results in a show you’d never want to miss.