1/3rd Scale B-25 Mitchell Takes To The Skies 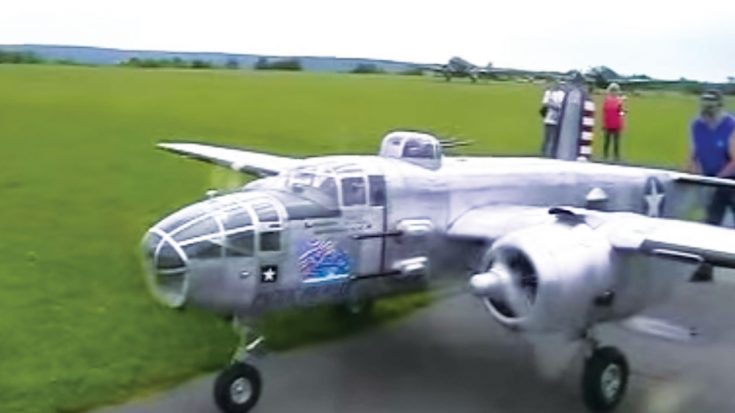 Boys And Their Toys.

We were sitting on this video for about a year now and for some reason it skipped our minds. We always try to show you folks some great aviation videos or facts especially if they pertain to warbirds and this truly is one.Sure, it’s an RC plane but when we show you guys this stuff you like it. Especially if it’s something like this.

Just a quick apology here for the quality of the video. It was filmed with Potato 1.2 but the build is still amazing.

This 1/3rd scale B-25 Mitchell was flown in France. We’re not sure exactly who built it but the description was in French and after translating it, we deduced that the model was flown in La Ferte and it was its first flight. After the landing, you can hear a lot of clapping, as a successful flight was needed to obtain a flying license for it.

As you can tell, a lot of love and care went into this build. Not only is it massive, this build was powered by two 400ccm Moki engines which gave it a really, really nice and throaty sound.