10 Small Planes Of The Future You Could Own 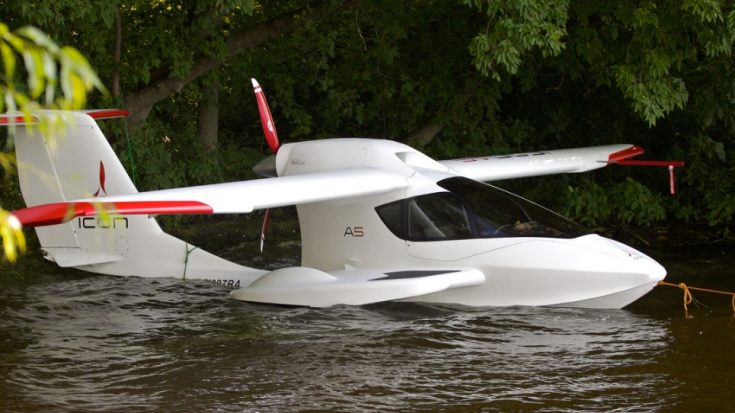 If you happen to be shopping for a small plane, 2018 is a good year to be doing it in. They still aren’t cheap, but hey, with the lowest on this list starting at $50,000, it almost seems doable. Right? Well, one can dream. Here’s 10 small planes that made it onto this video’s “10 Smallest Airplanes You Could Actually Buy” list:

The X-Cub from Cubcrafters, first of all, looks like it’s wearing a permanently dopey face on its nose. Besides that, the X-Cub cruises at 135 mph, tops out at 155 mph, and has a fuel capacity of 49 gallons, extending its range to 800 miles. Overall it’s a lovely, versatile plane.

With a carbon fiber frame, foldable wings and retractable undercarriage, this two seater high-wing amphibious monoplane looks like a lot of fun. In 2016, ICON Aircraft sparked a bit of controversy when each aircraft was supposed to be  equipped with a camera and recorder to monitor pilot behavior. But don’t worry, they got rid of that part.

This is for the convertible lovers who want to feel the wind. The P2002 Sierra by Tecnam features a sliding canopy that can be opened in flight. This version is basically a luxury upgrade on the original with everything top of the line.

A Czech plane by TL Ultralight, the Stream features a cantilever low-wing, a bubble canopy with two tandem seats, a single engine in tractor configuration, and retractable tricycle landing gear. The design is sleek, meant to feel like a jet fighter.

Got a few friends? The Panthera by Slovenian company Pipistrel seats 4! And it’s fuel efficient to boot; it has 10 gallons per hour fuel consumption. Or at least it will when it’s on the market.

The TOL CH 650 is the cheapest plane on this list. But that’s because you have to build it yourself. If you’re a fan of DIY and planes, then this is the one for you. And you’ve got options: it’s offered with four types of engines.

The Blackwing is a Swedish ultralight and light-sport aircraft. It reaches up to 248 mph and carries 2 people. It is suitable for both experienced and beginner pilots.

This aircraft is touted as the best in its class and is one of the most powerful airplanes offered by American Legend Company. Notably, it has a 180 hp Titan O-340 4-cylinder engine.

Now here’s an interesting one. The Akoya is amphibious. Not only can it fly and glide across water, it has no problem traveling across land and snow. It is also easy to transport with retractable wings. From Lisa Airplanes, this design’s ambition is to reinvent light aviation.

What do you think of this list? Would you get any of these? What planes should be on an actually affordable list?