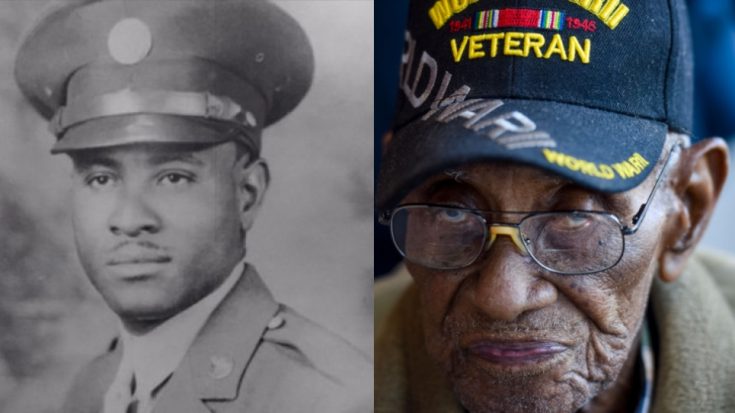 Richard Arvin Overton, born May 11, 1906, passed away Thursday, December 27, 2018. At a staggering 112 years old, not only was he the the oldest WWII veteran, but he was also the oldest American.

Today we mourn not just a hero, but a legend.

The oldest American #WWII Veteran, Richard Overton, died at the age of 112.

Our thoughts and prayers go out to the Overton family. He was a hero to us all.

May you rest in peace Sir. https://t.co/4yGT8MmmRX

Overton was already in his thirties when he volunteered for the U.S. Army, finding his place amongst the 188th Aviation Engineer Battalion, an all-black unit. From 1940-1945, he made stops in Hawaii, Guam, Palau, and Iwo Jima. Overton was quoted as saying that, for the most part, he tried to put the war behind him. He had landed on more beaches under fire than he could remember.

Returning home to Austin, Texas, Overton built his own home on Hamilton Avenue in East Austin and resumed a quiet life working in a furniture store. His longevity began to draw attention and in 2013, President Barack Obama invited Overton to Washington, D.C., where he visited the White House and participated in a Veterans Day ceremony at Arlington National Cemetery. Being honored by President Obama was, Overton said, one of the proudest moments of his life.

Whiskey and Cigars for a long life

Overton famously stated that the secret to his longevity was drinking whiskey and smoking cigars. Indulging on his porch was one of his favorite pastimes and, with a bit of celebrity status, Overton was never in short supply from adoring fan and friends. He also enjoyed ice cream, particularly butter pecan ice cream. He was the kind of man who was there to do good and embrace life.

His passing is a sad loss to America and the world, but his legacy of moving on from war and living life fully with an open heart truly embodies the American spirit. Rest in peace, Richard Overton.