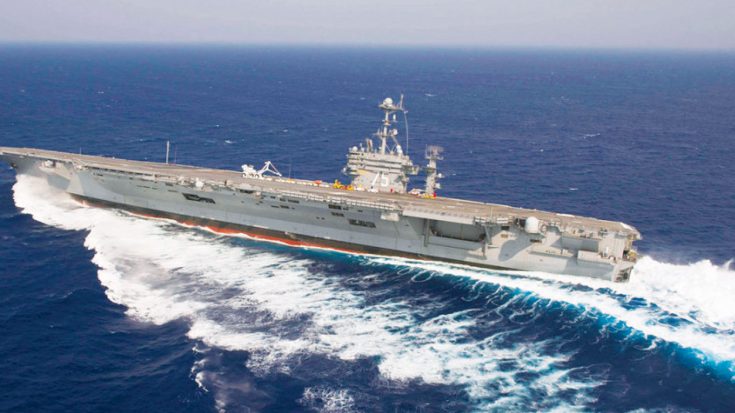 For those of you who have never seen a Nimitz-class carrier take a turn like this, strap in and check this out. There’s a lot going on and there are things that you didn’t even think of that you’ll probably find fascinating.

For those of you who have served or been on one of these behemoths, you know exactly what we’re talking about. One of our buddies who served on a destroyer in the Navy said that even if you’re around it all the time, it never ceases to amaze. He distinctly remembers seeing a carrier do a high-speed turn and said it’s just simply incredible that such a massive ship can heel like that while making a sharp turn.

As you’ll see in the video, witnessing this from the outside is quite different than being on the ship. They’re actually equally impressive. Like our buddy said, from another ship it looks almost unreal that that’s possible.

On deck, however, it’s a whole different story. Standing on the roof, you can barely keep your grip as your body starts angling at about 15°. It’s the same thing below but you lose the horizon on one side looking through the hangar door.

Pretty neat video if you ask us. Check it out!