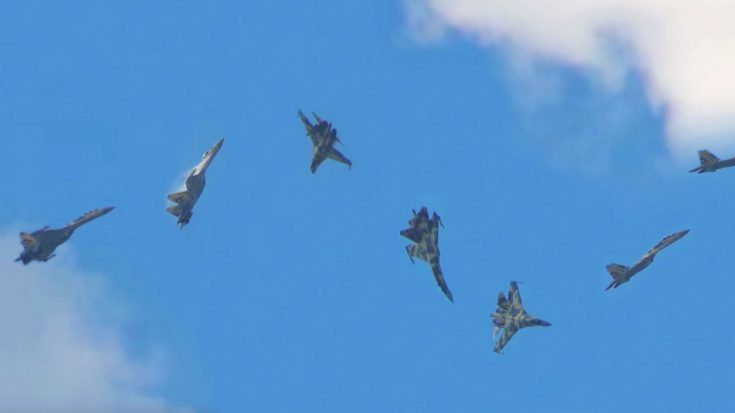 This is seriously the craziest thing we’ve ever seen any jet do. We’ve seen F-22 Raptors do the Falling Leaf and Cobra and are well aware that Su-35s like the one in this video are capable of supermaneuverability, but man, we don’t even know what to call this.

If any of you have the “official” name for this maneuver, let us know. It’s not Pugachev’s Cobra, because the nose of the Sukhoi doesn’t come right back down. Instead, the pilot does a Cobra and then rolls the plane in a kind of 360° spin before continuing on.  Have you ever seen anything like this?

The Sukhoi Su-35 is a heaviluy modified version of the SU-27 Flanker.

We’ver read through hundreds of comments on different blogs and even in the comment sections and everyone was stumped. Some people have even said that this is an Rc plane or something, which would make even less sense. The fact of the matter is that Su-35s are actually that maneuverable.

Although this maneuver does not exactly come handy in a dogfight (not that dogfighting is something that we do anymore) but it does look beyond spectacular. I mean c’mon, you would pay to see that in person?