18 Hornets Launched From Deck In Under 2 Minutes 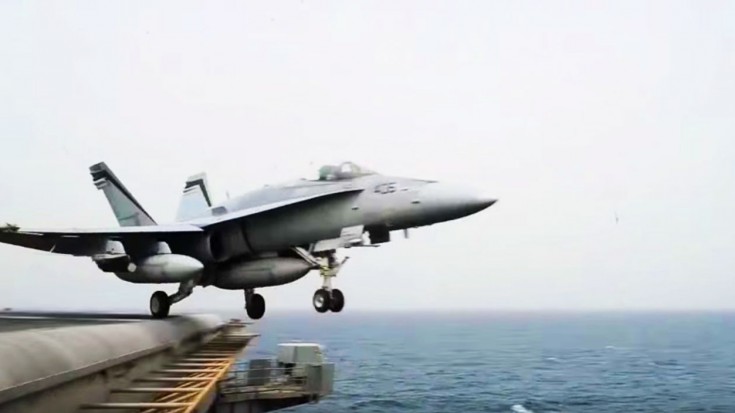 This insane footage is every aviation lovers dream. The editing is just right so that you never get bored and all you see is constant action. We do have to forewarn you though. Although the visual quality of the footage is in full HD, the audio is VERY crackly. We’d recommend putting the volume down just a bit.

As you can imagine, the amount of noise on the deck while launching an operation like this is staggering. What was happening here was quite important however, which is why that many birds were being launched and the noise levels were so high.

USS Carl Vinson is a Nimitz-class supercarrier which was commissioned in 1982.

As part of Operation Inherent Resolve, these F/A-18 Hornets were launched back in 2015 to “conduct maritime security operations (and) strike operations in Iraq and Syria.” Part of the Carrier Strike Group One, this naval formation was established in 2009. In 2014, they were tasked in a campaign against ISL and flew combat missions which is what you’ll see in the video.

Besides that, take note how smoothly everything works on the deck. Although edited and the launches did not actually take place in a a span of 2 minutes, it is in fact the best 2 minutes you’ll have today. It was for us!