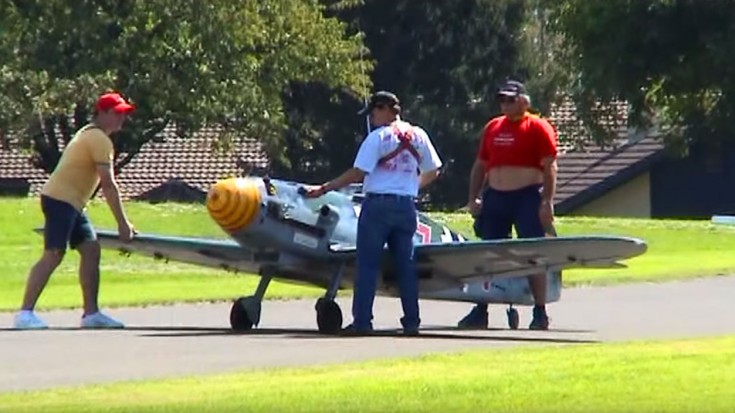 Any Bigger And You Could Fly In It

Some people just like “big.” Big house, big car and so on, but some dream big and build big too. A Frenchman by the name of Hervê Ferauche is just that guy. A grand aviation enthusiast, he one day decided to make one of his favorite World War II warbirds, namely, a Messerschmitt Bf 109 named “Rote Sieben” (Red Seven.)

You’ll like this guy as he didn’t simply buy a kit and start flying it. He fabricated a 50% scale replica of the fighter which gave it a 17 foot wingspan. That’s a lot of wood!

Just the engine powering this aircraft costs around $10,000 USD.

Put together, this machine weighs 264 pounds and requires a 520 cc Hirth Boxer engine to take off. That’s a lot of power for what is essentially a “model airplane.” When you see it take off though, you’ll see why this plane needs it.

Now, we tried to research as much as we could about this build, but aside from some dimensions and the builder’s name, not a lot was available. We can only guess this model took years to complete, and for that we thank him!