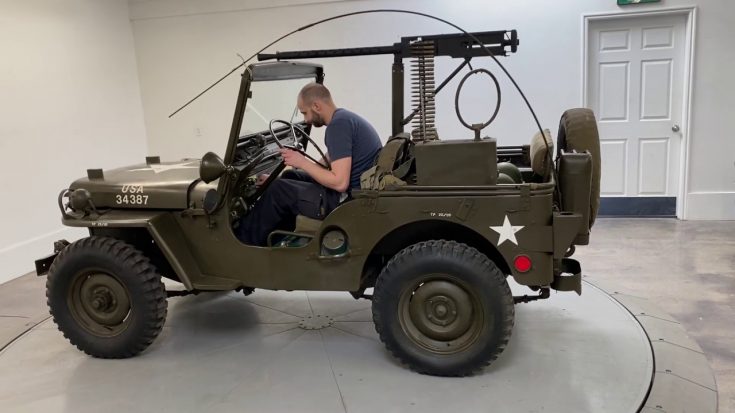 Succeeding an iconic military vehicle like the Willys MB is no small task. That’s why Willys-Overland took its time to design the jeep’s successor, the Willys M38.

M38s were the militarized version of the civilian jeep CJ-3A. It featured a one-piece windshield, a pintle hook for towing, and bottom-mounted wipers.

The M38’s mainly differed from its waterproof 24-volt electrical system and its sealed vent system for the engine.

However, these changes led to a slower maximum speed than its predecessor. Even though the MB and M38 both used the Willys Go Devil 60hp engines, the latter was five mph slower.

This particular M38 was built in 1951 and is still functional today. In the video, the driver starts the engine and drives for a few meters. Joe Cunningham’s next upload features the jeep’s lights and siren in action – you can also check that out here.