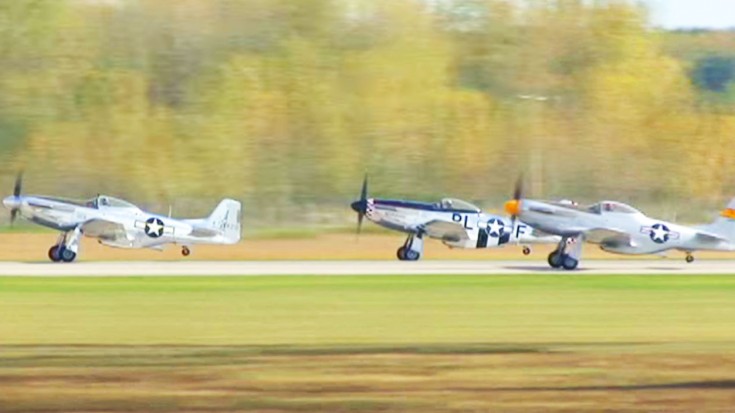 The Gathering Of Mustangs And Legends!

This footage, shot in Ohio in 2007, was a one time event that enabled over eighty P-51 Mustangs to gather together in one place. Some of the best pilots and thousands of spectators attended for what turned out to be an epic show. You can watch these Rolls Royce Merlin powered planes take off and form a giant ’51’ which was the only solid way to commemorate this incredible event! One of the best sounding planes of World War II (yes, others sound good too!), the only thing better than its sound is hearing 20 of them fly over your head.

As Robert Goebel, a Mustang Ace put it,

We soon found out that the P-51 Mustang was indeed a different breed of airplane.It was fast, for one thing…its turning ability wasn’t bad at all…but one thing that really set the Mustang apart from any other fighter, friend or foe, was its range.

Praised for their missions over the Pacific at the end of World War II, the Mustangs earned a special place in aviation history. As you’ll also see in this video, they’re even awesome to look at, as their design is great!