They Strapped Fireworks To An RC Corsair And Had A Dogfight! 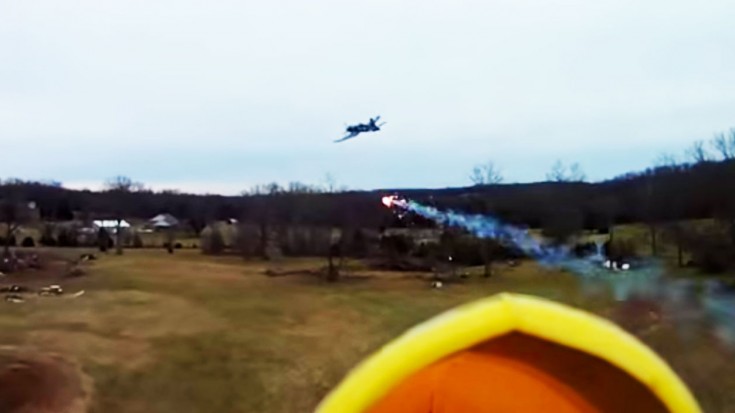 These Guys Got Bored Of Their RC F4U, So They Got Innovative

Some enthusiasts and hobbyists of both World War II and the planes that were used love to get into RC flying. It’s a great way to celebrate their passion and have fun with it as well. The guys in this video however, got a bit bored simply flying them and decided to make things more fun. Mounting an onboard camera to their RC plane and attaching two fireworks under each of the wings, they had themselves a dogfight! Put some Creedence Clearwater as the soundtrack and you have one great video. To top things off, the plane they used is a Corsair. That’s right, one of our favorites for many reasons.

Being one of the most favorited planes of World War II, these guys continued on making this plane awesome, even if it is an RC plane. Enjoy the first person views and have fun!