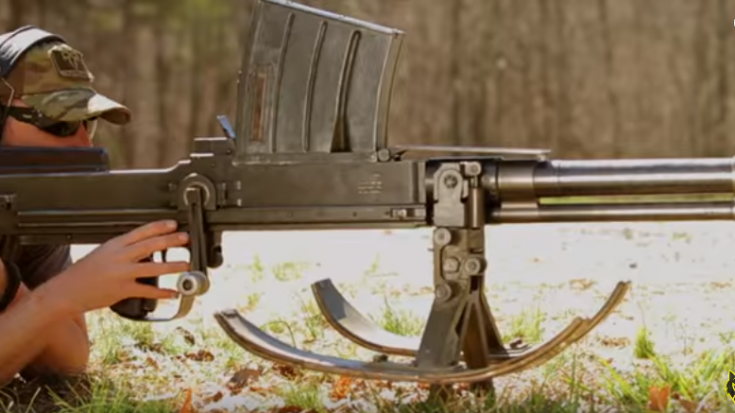 At first, I was like “Why?!” then I was like “WHOA!” He has his reasons why he chose to shoot an iMac but man, whether you’re a big Apple fan or not, it’s quite a waste. That’s a pretty expensive set, right there. In fact, I was kind of hoping it would withstand the fire of the rifle. And the background music full of suspense didn’t help one bit. LOL. Anyway, I hope I’m not the only one picturing Chuck Norris wielding this beast? I actually don’t think I could even lift the clip. Ha! We’re all probably thinking the same thing, that he should’ve shot something else but boy, we’d all love to jump at the chance of handling that beast.

I have an idea — how about trying the anti-tank rifle on something more challenging, say, a bunch of old Nokia phones? Now that’s something I’d love to see!