$320 Million B-1 Lancer Takes Off In Full Afterburner 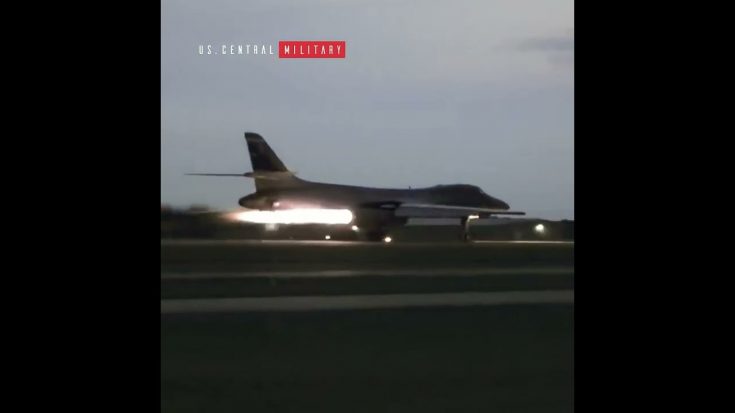 The B-1B Lancer bomber, also popularly known as the ‘Bone,’ is a four-engine supersonic plane that has variable swept wings.

It first entered service in 1986 as a nuclear bomber and was used in more conventional roles. Its powerful engines allow the plane in delivering a large payload. The aircraft is also powered by 4 turbofan engines that let it reach a top speed of Mach 1.25.

In this clip, a US $320 Million full B-1 Lancer takes off in full afterburner. The plane has a flight range of 3440 miles. It can also be extended with aerial refueling.