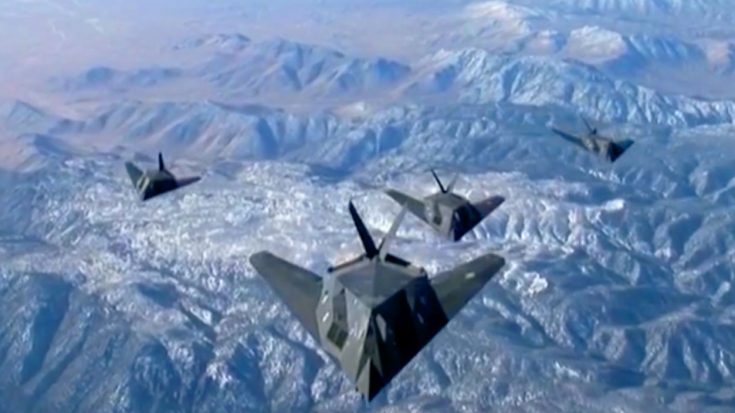 You don’t see much of the F-117 Nighthawk these days, being a stealth jet it wasn’t meant to be seen. As the original stealth bomber, it served the United Air Force from the early 1980s until its retirement in 2008. The F-117 Nighthawk has been retired by the US Air Force they are taken out on flights occasionally.

“The F-117 is most noted for its involvement in Operation Desert Storm in 1991 against Saddam Hussein’s forces. That was the first American-led military campaign to make comprehensive use of stealth aircraft.”

Flying the Nighthawks periodically ensures their capabilities rather than simply letting them waste away in storage. The Government ordered the F-117s to be mothballed and kept “in a condition that would allow recall of that aircraft to future service”. There have been several reports of these Nighthawks flying over an Air Force Base in Las Vegas.

They have been kept in this flyable condition since their retirement, although the Government may finally be scrapped at a regeneration yard in Arizona. In the following video, we see a group of F-117 Nighthawks flying in a group formation and it may very well be last time we get to see this many at once.