5 Moments When You Need To ‘Go-Around’ When Landing – Yikes! 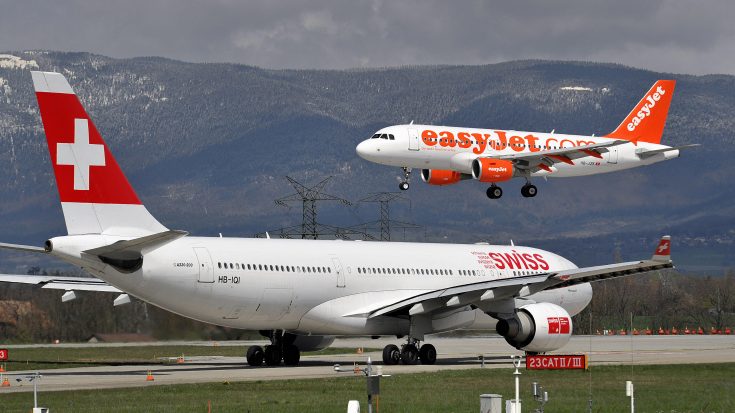 One of the skills necessary for pilots is quick decision-making. For one, if the first approach to landing isn’t quite right, they need to make the right call to ‘go-around’ or abort it and try again. This practice is common and a safe maneuver at that. Let’s look at some of these moments that required our pilots to fly a ‘go-around.’

Yes, if you were sitting beside the pilot, you’d probably say “Holy ****!” But the sight of another aircraft on the runway is not uncommon, to be honest. For example, the plane is on final approach but the pilot spots another bird, he is left with no other choice than to climb back, go around and try again. Just check out the video above. We’ll leave it up to you to decide who’s at fault here (in the video, the aircraft looks way too close) but the thing is, that was quick thinking on the part of the pilot of UTair Boeing 767-300 (which was coming in from Moscow). Also, what he did was an impressive go-around, by the way. After the aborted landing, it safely landed on runway 02. It’s a good thing nothing untoward happened. However, you can only imagine the reaction of the passengers. Still, this is one stunning footage.

2. Approaching too fast or too slow

For both instances, the pilot is at risk for unstable approach. When you’re going too slow and you need to speed up ASAP or when you’re flying too fast and you have to reduce speed, the most viable option is to abort landing and go around. It’s the safest maneuver in such cases so the pilot can try a different approach. The deal with go-around is that it’s always better to be safe than sorry. And the pilot acknowledges some unexpected factor which causes him to climb away from the runway and do a go-around procedure. For the video above, the plane was going too fast and too high and looked like it was diving for the runway. The pilot needed to pick the gears up and try again. The person who filmed this was surely at the right place and at the right time. That was a great catch.

For the record, this footage almost gave us a heart attack. We were holding on to the edge of our seats, crossing our fingers and hoping the pilot would start the go-around procedure. Sadly though, it didn’t end well. Perhaps we can all agree that it was a bad landing and the pilot failed to make the right call. When there’s an excessive rate of sink or improper touchdown attitude, it can cause the plane to bounce back into the air. If this happens, the safest course of action is to immediately go-around (take note what happened to the aircraft when the pilot didn’t do it). It’s not a good idea to wait after the 2nd, 3rd or 4th bounce. Anticipation is key, pilots should always know when something doesn’t feel right and act as soon as possible. It’s something that could have been avoided if he did a go-around.

Wind shear is basically a sudden change in the direction or speed of the wind over a short distance – it could either be horizontal or vertical and can occur at high or low altitudes. It’s often associated with thunderstorms, strong temperature inversions, frontal activity or surface obstructions. Again, the safest maneuver for the pilot is to go-around. If not, there’s always the possibility of overshooting the runway. In a nutshell, wind shears are mighty dangerous. There are so many things that could likely result which makes it absolutely scary. From extreme airspeed to dramatic loss of lift – it’s not a good sight to see. In order to save the landing and keep everyone safe, the best way to do so would be to immediately start with the go-around procedure. The pilot definitely made the right call, quick thinking on his part. It made us nervous just watching this. That was pretty dang close.

If a pilot sees anything unexpected on the runway (it could be human, vehicle or deer), he will always opt to abort his landing and choose to go around. Besides, the other option is to attempt to land even with dangerous and hazardous conditions. ‘Deer on the runway’ may sound a little funny but it’s far from laughable when it compromises the safety of the pilot and his passengers – and it happens way too often, mind you. In fact, you can find numerous clips of various animals on the runway. It can be scary if they pop out of nowhere and go straight to the runway. Again, quick thinking and reflexes are necessary. Besides, pilots already know the go around procedure all too well. It’s common and perfectly safe. And more often than not, it’s the maneuver that could save the day.

As you can see, there are numerous instances when go-around becomes a must.