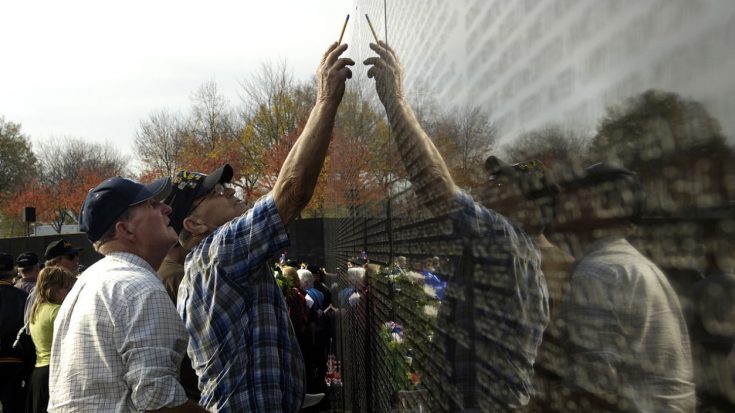 How many Americans know that March 29 is National Vietnam Veterans Day? Not many.

It may be because it wasn’t declared a day of remembrance until 2012 when Barack Obama proclaimed it for “all Americans to observe this day with appropriate programs, ceremonies, and activities…”

Here’s 5 things to remember as we celebrate and thank our veterans:

4. Remembering Those Who Were Lost

The Department of Veterans Affairs estimates that there are 6.4 million living Vietnam veterans and 9 million families of those who served during 1955 – 1975

There are many ways to repay your respects to veterans, like thanking them in person and listening to their stories. But a visit to the Vietnam Veterans Memorial in Washington D.C. is also a powerful experience, both for civilians and veterans. The memorial consists of  three parts – the wall itself, “The Three Soldiers,” and the Vietnam Women’s Memorial.

Those wishing for a memento from the wall when they visit, particularly for a family member, will put a piece of paper over a name and rub it with crayon or pencil. They can then take the name home with them.

1. These Veterans Deserve All Of Our Thanks

How do you pay your respects to our veterans?