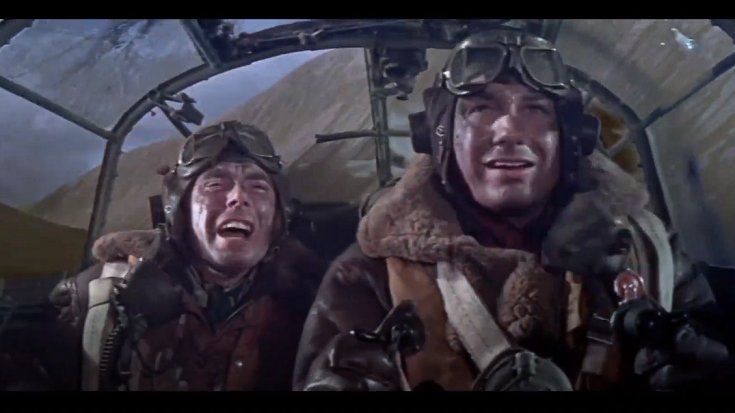 This short clip shows the final push of the fictional British bomber squadron as they try to destroy the rocket fuel factory. One could argue that the squadron was doomed from the start.

The factory was situated in dangerous terrain filled with hordes of anti-aircraft batteries. Meanwhile, getting into the factory required precise maneuvering and excellent shooting to get by the defenses.

During the attack, the fighters were ambushed and picked off one by one. By the end, almost the entire squadron was lost, but the factory was in ruins.

Most of the attack sequences used eight real de Havilland Mosquitoes. These were then filmed by a B-25 Mitchell bomber set up as a camera ship.

This type of filming was possible because of director Walter Grauman’s wartime experience as a B-25 pilot. The result was an authentic aviation epic that was ahead of its time.