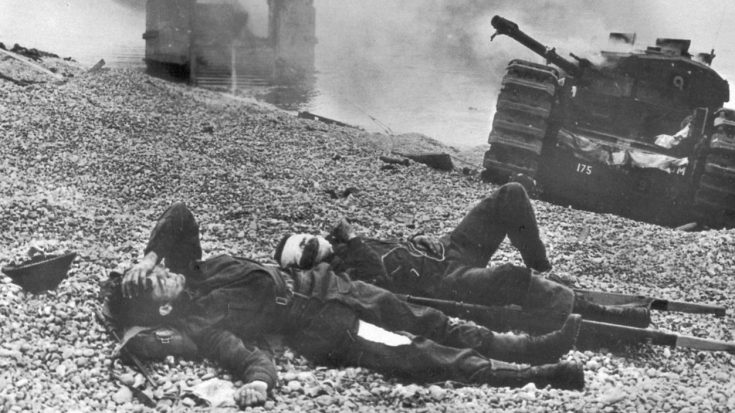 June 8th, 1944 will go down in history as the day with the Allied Forces scored a difficult and essential victory over the forces of Nazi Germany. However, it appears that not enough people all over the world are talking about this battle. It may be that we recently celebrated the 75th Anniversary of the Battle of Midway, or maybe people feel it is better to wait another year for the 75th of D-Day.

We should always celebrate the day when a combined force of over 150,000 Allied troops put their lives on the line to break through the Atlantic Wall and free Europe from tyranny. However, this was the first time American forces fought against Nazi Germany and it didn’t go so well. There is another battle that should be talked about.

The United States and Canada executed another raid against the Germans on August 19th, 1942 on the beaches of Dieppe, France. This first attempt against the forces of Nazi Germany ended in disaster for the Allies. The invasion force was ill-equipped to deal with the firepower of the Atlantic Wall and the Allied tanks became trapped in the mud when they reached the shore. For the Germans, it was like shooting fish in a barrel and the 10,000 invading Allied soldiers were forced away.

After this humiliating defeat, the Allied Forces recruited divers to collect soil samples from various beaches. Geologists would then examine the soil samples to determine if soil could support heavy vehicles. After detailed research, the geologists determined that Omaha Beach would have the ideal soil makeup for an invasion against the Germans.

This video clip shows some of the details from the failed Dieppe Raid against the Germans.