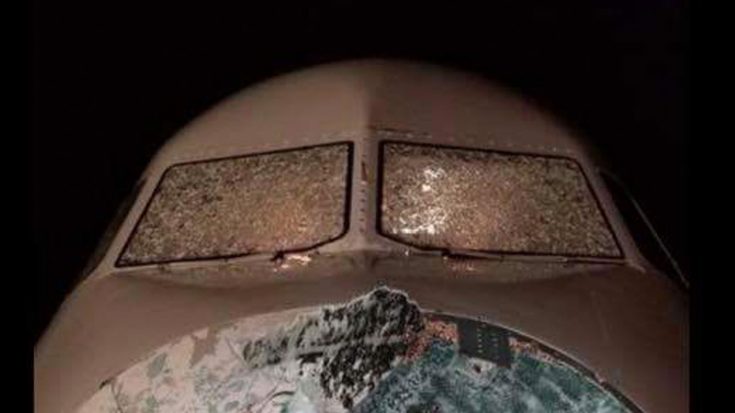 Some Passengers Threw Up.

A regular commercial flight from San Antonio, Texas to Phoenix, Arizona, turned into a flight from hell when the aircraft went through a hail storm. Just before 8:00 P.M. on Sunday night, American Airlines flight 1897  flew through a thunderstorm when huge pieces of hail started visibly damaging the aircraft.

Whoa!!! This American Airlines flight from San Antonio to Los Angeles encountered an intense thunderstorm last night while in West Texas. It had to make an emergency landing in El Paso. I can see why. The nose of the plane should not look like that. pic.twitter.com/FdupbF6Av6

Once the nose caved in and the outer glass of the cockpit windows spider webbed, the pilots decided to divert the flight and land at the El Paso airport nearby. None of the 130 passengers or 5 crew members were injured, but there were reports of some passengers throwing up as the storm made the flight a bit bumpier than anyone would expect.

Below, you can see pictures of the damage caused by the hail:

American Airlines is currently assessing the damage to their Airbus A319.

Below, we found footage of a person capturing the hail storm inside his car and the damage it did.