An A-10 Warthog and a Mustang were captured on a video flying by at the same time. These two aircraft were often getting compared during the World War II, but they are both undeniably the two most important jets in the history.

The A-10 Thunderbolt was dubbed as the “A-10 Warthog” because of its aggressive appearance and often painted teeth on the nose cone. It is the first Air Force aircraft specially designed for close air support of ground forces. It can loiter near battle areas for extended periods of time and operate in low ceiling and visibility conditions.

The A-10 Warthog is a twin-engine jet aircraft that can be used against light maritime attack aircraft and all ground targets, including tanks and other armored vehicles. It has an excellent maneuverability at low air speeds and altitude, and is a highly accurate and survivable weapon-delivery platform.

While, the North American P-51 Mustang was one of the greatest fighters of WWII that it could have possibly replaced the A-10 Warthog if the events turned out differently during the war. Watch them fly together on the video below. 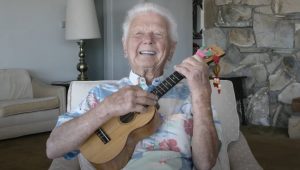