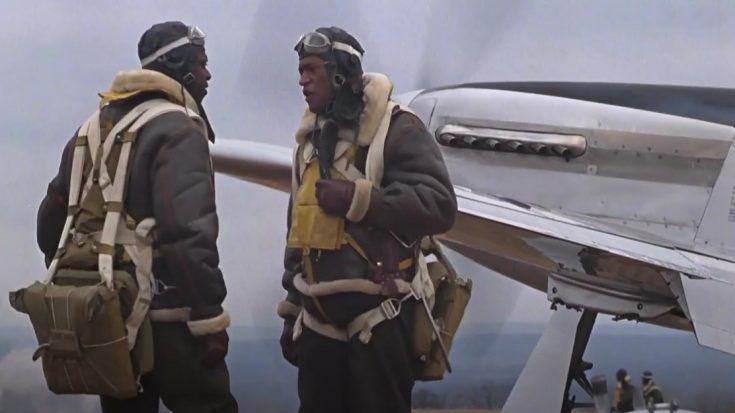 Have you seen the 1995 HBO television movie The Tuskegee Airmen? The film was based on the exploits of an actual groundbreaking unit, the first African-American military aviators in the United States Army Air Corps (AAC), that fought in World War II and helped break the military color barrier.

The first all-African-American Air Force squadron trained at Tuskegee Army Air Field in Alabama during WWII. A lot of the scenes on the film featured the P-51 Mustang.

The film was directed by Robert Markowitz and stars Laurence Fishburne, Cuba Gooding Jr., John Lithgow, and Malcolm-Jamal Warner. You can watch a clip of the movie below.