A-10s And Other Fighters Emergency Land On Highway 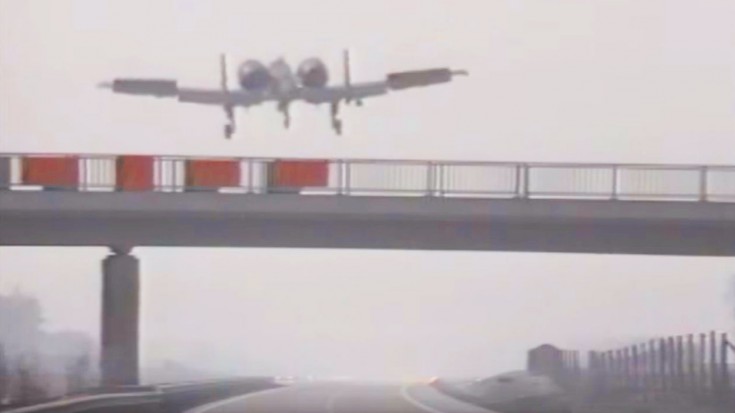 Everything Went As Planned!

Although slightly older as it was taped back in 1984, this awesome exercise shows NATO jets landing on the German autobahn. Consisting mostly of the 496th Tactical Fighter Squadron, these landings were meant to test out a newly built 7,000 ft. stretch of road to be used in case military airstrips were attacked and/or destroyed.

“We landed this morning with no problems whatsoever. It would be no problem at all to use it in a wartime or peacetime type emergency.”-Lt. Joe Wood

Ironically, this idea was actually invented by the Third Reich during World War II. With Nazi airfields being under constant bombardment, planners strategically build long sections of straight highways to be used as emergency airstrips. With reinforced asphalt and runoffs for planes to turn around, this was one of the best tactical inventions of the time.

During this coordinated effort, the new runway was subjected to the demands of 370 aircraft landing in a short time. They were then turned around, refueled and sent off on their way. As one A-10 pilot pointed out, it was just like landing on a regular runway with the exception of it being slightly narrower. Other than that, the whole operation was a success and these makeshift airstrips are still used today.