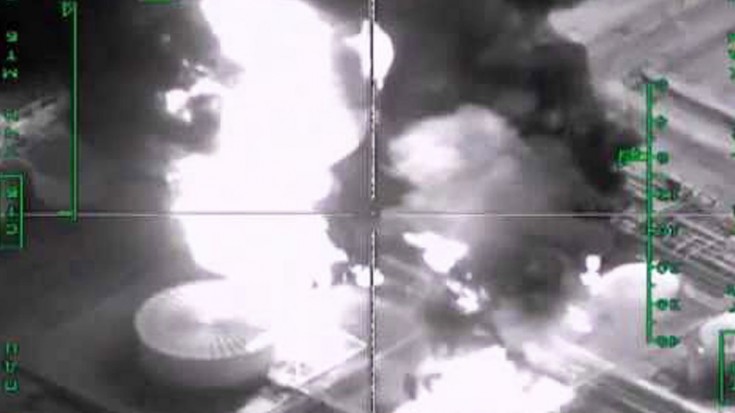 Lets Us Tie This In For You Historically!

On November 16th, 2015, the United States and coalition forces have begun a new strategy dealing with ISIS. It has come to the government’s attention that ISIS owned and/or operated oil fields that have generated skyrocketing profits, pumping more money of course into their terror effort.

For this reason, Operation Tidal Wave II was launched, targeting specific oil fields to cripple ISIS’ ability to generate money from oil trade. On the day this video was shot, U.S. AC-130s supported by A-10s hit and destroyed 116 tanker trucks in ISIS territory, some of the gun camera footage you’ll be able to see here.

This modern operation was named after the World War II Operation Tidal Wave which was aimed at crippling German oil supply.

Tying this with out favorite topic of World War II and planes, the original Operation Tidal Wave was a strategic bombing mission which was aimed at destroying the Axis’ oil production. If successful, the attack on the nine intended oil refineries in Romania would have deprived the enemy of 30% percent of their oil.

On August 1st, 1943, 178 B-24 Liberators were sent out as part of the largest U.S. bombing raid to that date, but it did not prove fruitful. Out of the 1,751 crew members deployed, 440 were killed with 220 capture or missing. Overall, 53 Liberators were shot down and 55 came back with heavy damage with little damage to the oil refineries.