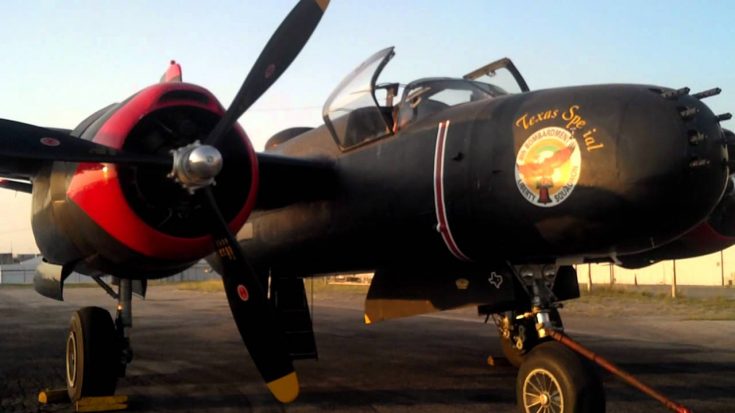 Half A Century Of Airworthiness

Built in 1943, this Douglas A-26 Invader served in various military units until it was sold on the civilian market.

It spent 2 years in storage until it was bought by a Texas Railway Equipment Company in 1952. In 1977, the CAF purchased this Invader and has had quite a lot of name changes since then. It’s known before as the “Spirit of Waco”, “Texas Special”, and now “Night Mission”.

Even though it’s been more than half a century since it was built, the Texas Special is still used by the CAF today.

If you want to hear its two R-2800 radial piston engines, then you’ve come to the right place. Watch as this twin-engined aircraft starts up in the video below.