A Flight in the B-17 Flying Fortress Liberty Belle 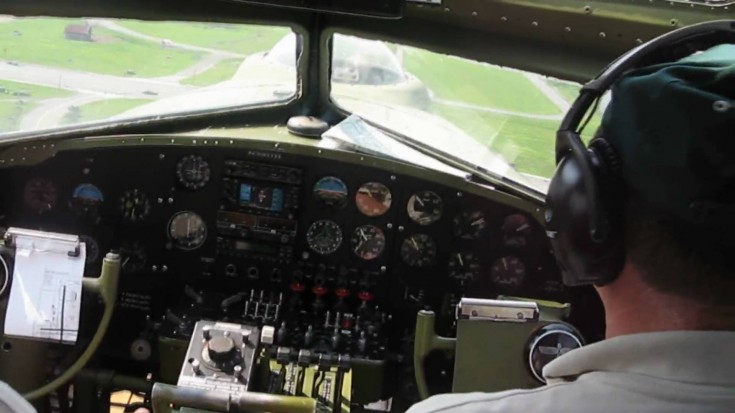 Famous today for their commercial aircraft, the Boeing company had other priorities during World War II. One of them was to design and manufacture bombers for the U.S. Army Air Corps. The first B-17 prototype crashed, but before doing so, it put Martin and Douglas competition to shame. The plane would end up becoming a staple of the Allies aerial power and be named the flying fortress, while a few would be called the B-17 Flying Fortress Liberty Belle.

Its maximum takeoff weight was one of over 65 thousand pounds and, depending on the model, the bomber could accommodate a crew of either nine or ten. It could climb 900 ft per minute and was peppered with thirteen M2 Browning machine guns, spread among its many turrets. Taking it up to ten thousand feet were four Wright R-1820 Cyclone radial engines.

Although an iconic plane, the heavily armored B-17 was not without its flaws. Vulnerable to frontal attacks and heavy to maneuver, many of the B-17 aircraft met a fiery end. The first Liberty Belle to do so, however, crashed over Essex, England due to engine problems.