A Spitfire And A Typhoon Face Off In The Air! 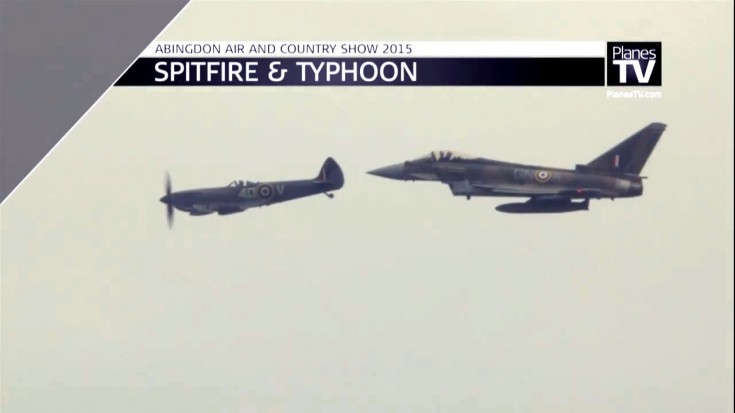 The Spitfire Still Roars Louder Than The Typhoon!

This excerpt from a live broadcast of the Abington Air and Country Show in 2015 shows a Spitfire fly alongside a Eurofighter Typhoon. Although the weather was not cooperative during the show, the shots taken will still leave you stunned at the awesome maneuvering of both pilots. Designed more than half a century apart, you’ll see that the Spitfire is flying full speed while the Typhoon is trying to go as slow as possible to keep pace!

Keep your eyes peeled to your screen about 8 minutes in, as the Spitfire and Typhoon perform a face off and separate at the last second. What a great shot! When watching this you realize just how far aviation has come in just half a century.