After 5 Years Of Building RC Connie It Finally Takes Off 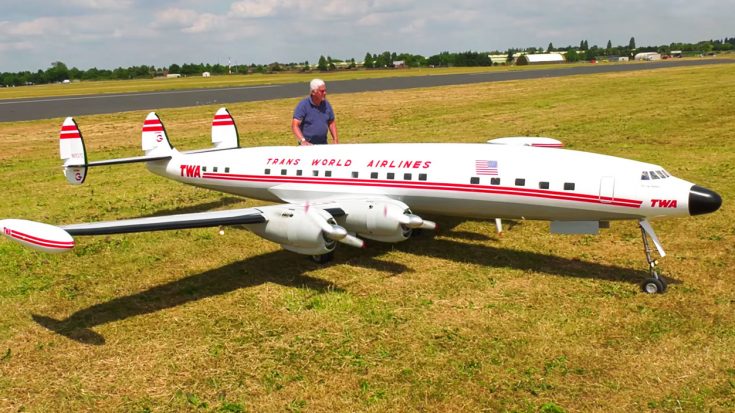 As we and you, our readers, are super fans when it comes to aviation, we can definitely appreciate remote-controlled aircraft. Not just any ol’ builds, however. Over the years, we found plenty of YouTube channels that are dedicated to filming only the best ones out there, and they’ve just struck again.

The channel Essential RC uploads a ton of 4K quality videos of some of the finest RC builds we’ve ever seen and this one is no different. Here’s an overview of what you’ll see in the video below.

According to the video’s description, this model is owned and was built by Keith Mitchell. He spent over five years designing and building this model and before he could bring it to this airshow, he had to complete 12 test flights and be up in the air for more than 2 hours to make sure it’s airworthy and safe to be around spectators. It passed with flying colors.

Here are the specs:

Mitchell got the inspiration to build this work of art after one of his favorite aircraft which is, of course, the real Super Constellation. It was an airliner built by Lockheed back in 1951 and produced until 1958. Used for both military and civilian applications, it was even used as a presidential plane and the first one to be officially called Air Force One.