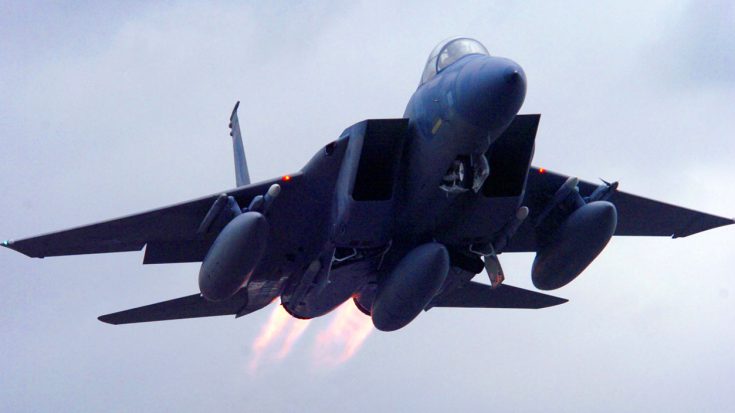 Recently at a House Armed Services Committee Hearing, a proposal was launched by Air National Guard Director L. Scott Rice to retire the F-15 from the United States Air Force. This news put everyone up in arms, many coming to the defense of America’s most reliable fighter while others called it wasteful spending. A final decision was made on the retirement of the retirement of the F-15 by officials from the USAF and stated before congress.

The F-15 is here to stay, at least for the time being. Harris is an established combat veteran with over 3,000 hours flying in fighter jets so he really knows what he’s doing. He firmly believes that these jets should still fly until the threats are too high for them to be viable, but until then they remain in the service of the United States Air Force.

“I would expect that most airplanes that have service life we would continue to fly until they’re done with that. The F-15C/D fleet times out in the mid 2020s. The F-16s, we have additional service life that is available, same with our F-15E fleet and some of our A-10s. We will use fourth-generation at home, we will use them abroad where we can, but when it comes to fighting in some of these congested air spaces, fourth-gen does not have much of a role five, 10 years from now, even with upgrades to them.”

We can thank Lieutenant General Jerry Harris for working hard to keep the hard working jets in the war to keep America safe.