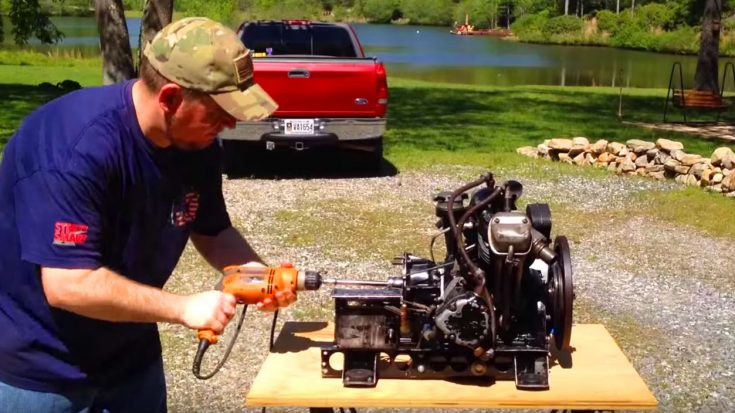 The Boeing B-29 Superfortress was one of the biggest planes used during World War II. With a full payload, it weighed a little over 66 tons, so it took some considerable hauling power to keep this massive bomber airborne. One of the factors that helped keep the B-29 was its auxiliary power unit (APU).

“A ground support mechanic would enter the tail area of the aircraft, which is where the APU was located, run the APU until engine starting was complete, then shut the APU down and exit the aircraft. The APU was commonly referred to as the ‘Putt Putt.’ The information we uncovered was that the APU was used to: provide electrical power during ground operations, in emergencies, and to supplement the engine driven generators during takeoffs and landings.”

In this clip, you can see an actual Boeing B-29 Engine’s auxiliary power unit (APU) revving up for the first time in 30 years. Mind you, this APU is over 70 years old and is made of completely original parts no replacements or refurbishing. So see what happens when these guys rev it up for the first time in three decades. Watch closely and hold on to your hats.