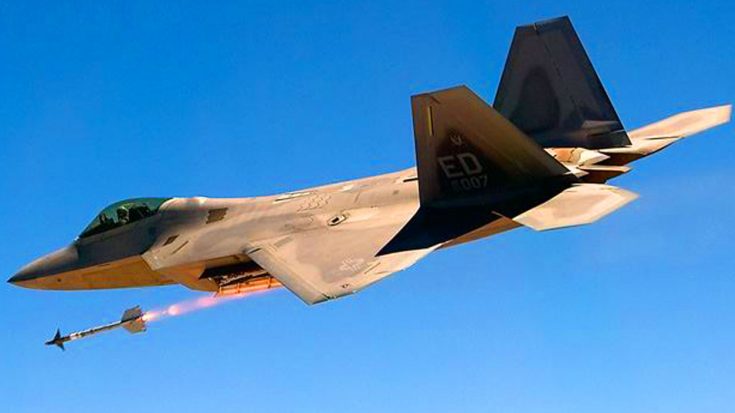 The F-22 Raptor has been in the service of the United States Air Force for a little over a decade and has a proven track record of success. They plan to continue the F-22’s success by finally upgrading it with AIM-9X Sidewinder missiles to make it even deadlier in aerial combat. However, the use of these advanced sidewinder missiles may not be as effective because pilots won’t receive a helmet mounted display (HMD) to take advantage of them.

The AIM-9X Sidewinder comes as a major advancement over the Cold War-era AIM-9M sidewinder but the lack of the helmet mounted display won’t make it as effective. The HMD would allow pilots to simply “point and shoot” without having to stress targeting on hostile aircraft.

“This has been in the inventory for the Air Force and Navy for some years; it’s nothing new to the military. But to put it on the Ferrari of aircraft—the F-22, the most advanced aircraft we have—it gives the pilots more maneuverability, larger range, and it’s a much faster missile.”

Even older model fighters such as the F-15, F-16 and F-18 make use of Helmet Mounted Displays for their AIM-9X Sidewinders Only within the last year has the F-22 been upgraded to receive these missiles but it will probably have to wait until 2019 for the next round of technology improvements to gain an HMD. In this clip, you can see the just how effective the AIM-9X Sidewinder in aerial combat as it guns down opposing fighters.