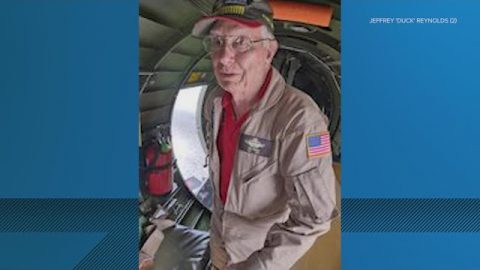 Last weekend, all six people died in a midair collision between two vintage aircraft at the Wings Over Dallas Airshow. All six men were members of the Commemorative Air Force, a nonprofit group in Texas dedicated to flying and restoring World War II aircraft.

One of the victims in the crash is World War II veteran Dan Ragan. Arleigh Hertzler, an aircraft enthusiast, recalls his encounter with Ragan earlier this year about the B-17 Flying Fortress.

Hertzler recalled how that encounter will always be memorable to him,

“…see this light in his eyes that says something he’s been going through…we only had about 40 minutes with him. But it’s that other connection that he could give a person, you know, too. It’s not just a machine,” Hertzler said.