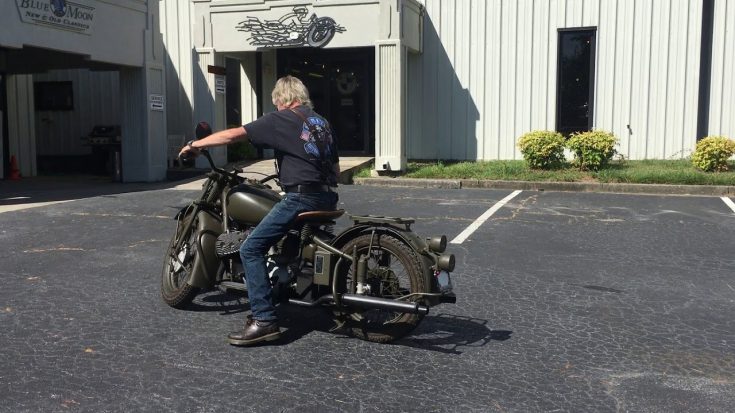 The Indian 841 is designed by the  Indian Motorcycle Manufacturing Co. specifically for desert warfare. It withstand the harsh conditions of deserts in North Africa during World War II.

Its motor is a 750cc V-twin, making it sound like an American-style powerplant except that cylinders are turned sideways at 90 degrees. It also comes with other features including a shaft drive, a hand clutch, a foot shift, a hydraulic girder spring fork, a sprung rear hub, and rubber-mounted handlebars. It’s also equipped with 8-inch drum brakes.

The video features an actual 1941 model of the Indian 841 which is specifically made for the US Army. This model is being sold at the Blue Moon Cycle Norcross GA.

Do you think this is one of the best World War II motorcycles there is?