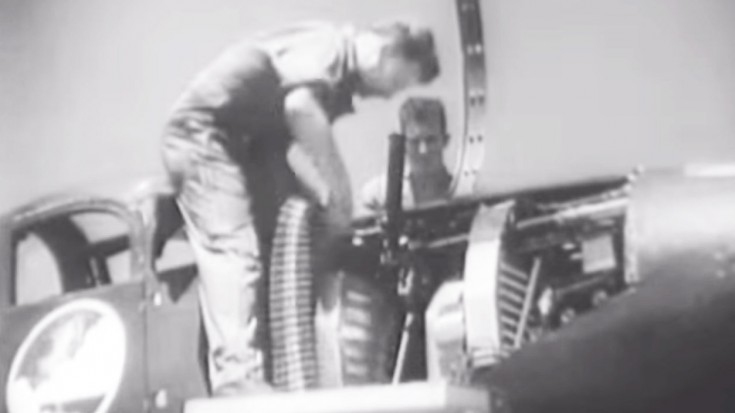 This Live Round Footage Is Really Awesome To Say The Least

This is the formal introduction of Bell’s Airacobra in 1941, showing the restless population a new war machine that was was quite different in its design. Although mostly used by the Soviets after the U.S. upgraded their war machines, at the time of its introduction is was one of the most innovative aircraft in the air. It was fitted with an engine installed at the center of the fuselage and was the first fighter to have tricycle landing gear.

The Airacobras had a unique armament which consisted of a 37 mm M4 cannon firing through the propeller hub and two synchronized Browning M2 machine guns mounted on the nose.

As you’ll see in this great clip, these warbirds were met with excitement when introduced. Unfortunately, due to their lack of a supercharger, they could not stay competitive at higher altitudes. With the introduction of Thunderbolts and Mustangs, many were sent over to be used by the Red Air Force. Since the fight on the eastern front was different than the Pacific, high altitude capabilities were not all that necessary. By the end of World War II, five out of the ten highest scoring Soviet aces piloted Airacobras with one, Grigoriy Rechkalov, scoring 44 kills.