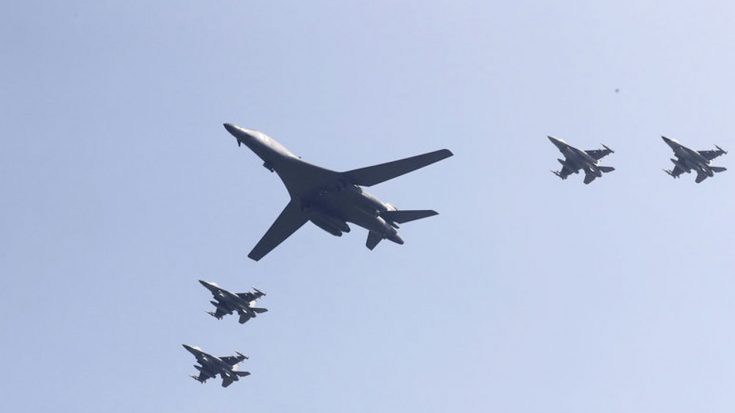 North Korean dictator Kim Jong Un does a lot of talking on behalf of his nation. He speaks out on missile tests, trade embargoes and even brags about killing his secretary of education for slouching during a meeting. He likes to talk quite a bit, however, his actions have only succeeded in intimidating the wrong people. Just two days after North Korea’s most powerful nuclear test surrounding nations called for help.

“North Korea’s worried neighbors, South Korea and Japan, have been calling for a stronger response. Some factions in Seoul have renewed calls for a nuclear force in South Korea — which currently does not have nuclear weapons.”

The United States was more than happy to deliver a response in the form of a group of fighter jets. The Air Force sent dispatched F-16 fighter jets and two B-1B bombers as a show of force against North Korea.

The United States will not sit by and let North Korea intimidate the rest of Asia with nuclear warheads. They will not sit and idly by as he murders innocents for nothing more than not maintaining posture. These jets have no problem flying right into enemy territory to deliver their message. “If you want a fight, you’ve got it.”