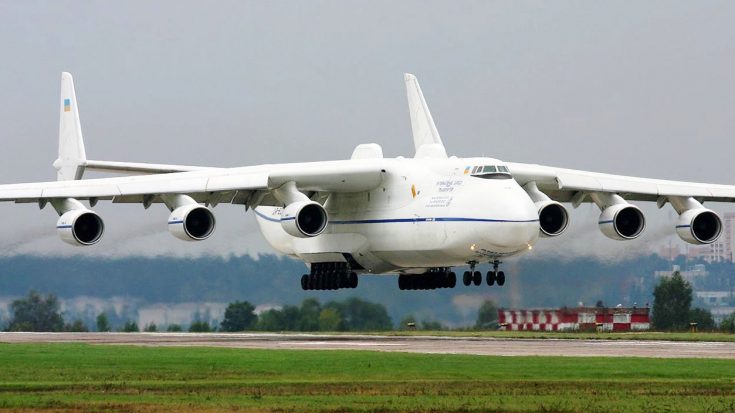 The Next News Network

Big actions define military status in this world and lately China and Russia have been pushing towards that direction. Due to the Chinese military stirring up trouble throughout the South China Sea with their new island bases. Whereas Russia continues to threaten neighboring countries like Ukraine. It is no surprise that China and Russia ended up as bedfellows conducting joint military exercises together. Big actions can flex military muscle but so can big toys, and that’s why Russia is giving China the An-225.

“Known for its immense carrying capability, the An-225 can carry 550,000 lbs. internally or 440,000 lbs. on the upper fuselage. A behemoth with the sole mission to carry cargo, the An-225 requires six turbofan engines to keep its payload in the air.”

The Antonov An-225 Mriya measures 275 feet long, with a 290-foot wingspan and a 46,000 cubic feet cargo hold. The world’s largest plane was originally used to transport space shuttles but now a fleet of them will serve China. Even the United States has never brought an An-225 into their fleet.

The Chinese will more than likely use the giant plane to transport troops and heavy vehicles for military operations. The Next News Network addresses the new fleet of giant cargo ships integrated into the Chinese Air Force in this clip.