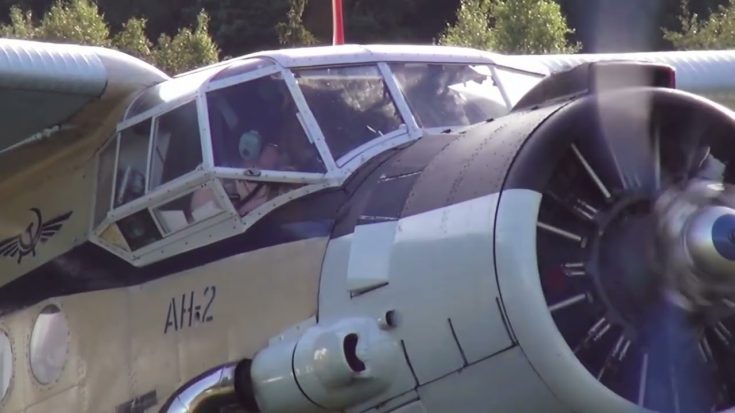 As Rare As It Gets

This Antonov AN-2 is Sweden’s only airworthy aircraft of its type. Only four years ago, the Aviators’ Association decided to restore the plane to flying condition. Today, the AN-2 is based at Kattleberg Airport and is managed by a group of aviation enthusiasts.

The “Colt” is the world’s largest single-engined biplane. It was designed with a max takeoff weight of 5.5 tons and a cruising speed of about 120 mph.

This particular AN-2 was built in 1980 and began her life in Aeroflot, the largest airline in Russia. After her retirement, she was imported to Sweden, where she became a “spare parts machine” at Kattleberg Airport before her restoration.

She is now powered by an ASz-62, a 9-cylinder radial engine packing 1,000hp with a 4-bladed propeller. In addition, she also had her markings painted to mimic the original.