HFF Douglas DC-7B engine Start Up and Take Off 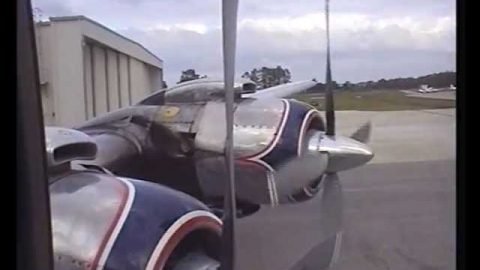 On the way to Opa-Locka

Historical Flight Foundation’s Douglas DC-7B started its engines at Fort Meyers before departing for its flight back to Opa-Locka Airport.

The aircraft is a former Eastern Air Lines airliner restored to airworthiness. It was delivered in 1958 and served as an airliner until 1965. The DC-7B then spent more than three decades in a hangar until it was restored by a new owner based at Opa-Locka Executive Airport.

After getting its Ferry Permit, the aircraft’s major restoration was finally completed in 2009. It flew in many airshows in the USA until it suffered an engine failure on its #3 engine.

The airliner made a successful emergency landing but still remains on static display at the Carolinas Aviation Museum. Only time will tell if this sleek-looking airliner will fly again.