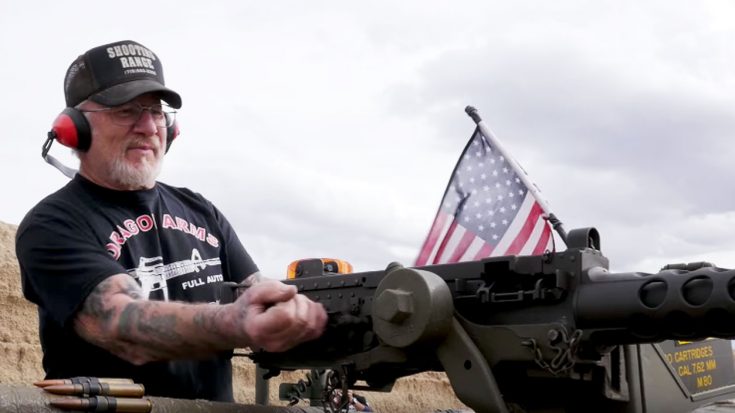 He Basically Has A Museum.

We spend a lot of time on the internet researching World War II and aviation material and we’re glad to say that we still get surprised quite often. Through random recommendations or inspired keywording we still get new ideas for what you folks might like to see and get pretty excited about it.

Meet Mel Bernstein, a.k.a. Dragon Man from Dragon Land. At 71, he has a Class III federal firearms license which allowed him to amass all the guns and equipment you’ll see in this video. It took him over 30 years to build his Dragon Land which includes a motorcycle repair show, shooting range and a museum spread out throughout different hangars.

Dragon Man has almost 200 guns registered to his name and over 3,000 weapons that are all authentic and in working condition.

He’s got everything from World War II hand grenades to Russian tanks and even a modern Jeep that would put any military Humvee to shame. His collection of weapons and uniforms date back from World War I to the war in Afghanistan and everything in his museum is authentic. No fakes here.

The whole video is 20 minutes long so we’ve queued it up to the part where he talks about his World War II weapons. If you have the time though, watch it from the beginning. It’s definitely worth it.