This Award Winning RC B-58 Hustler Had An Untimely Demise 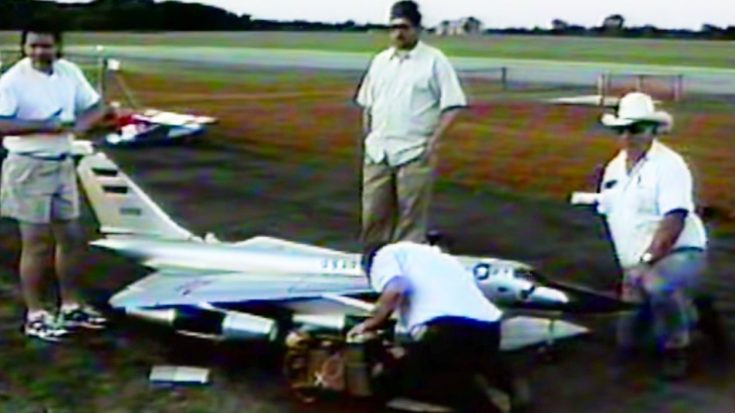 When perusing the internet as we often do, Youtube suggested that we might like this video. They were right and now we’re passing it on to you.

Although this is ages old (can you believe 1995 was 20 darn years ago?), this video is still worth a watch. Yes, it’s pixelated like hell but just watch those wavy lines go up and down on the screen. This was filmed on tape. Tape! Now, you can still enjoy it digitally in the comfort of your homes or wherever you are. This was a bit off topic but that thought just blew our minds.

This was supposed to be the last flight, and it was.

Coming back to the topic on hand, over two decades ago this guy lost quite a remarkable machine. Built from scratch by Lynn McCauley, this model received several engineering awards according to the description. What makes it even more heartbreaking is that these guys wanted to fly this plane just one more time before shipping it to a museum for permanent display. Then, the battery turned off due to a faulty part and it crashed into the ground and stunned everyone on the ground.

There is a saying in the world of RC flying however; “if you can’t afford to lose it, don’t fly it.” Although true and makes sense, it doesn’t make it any easier to lose something like that.