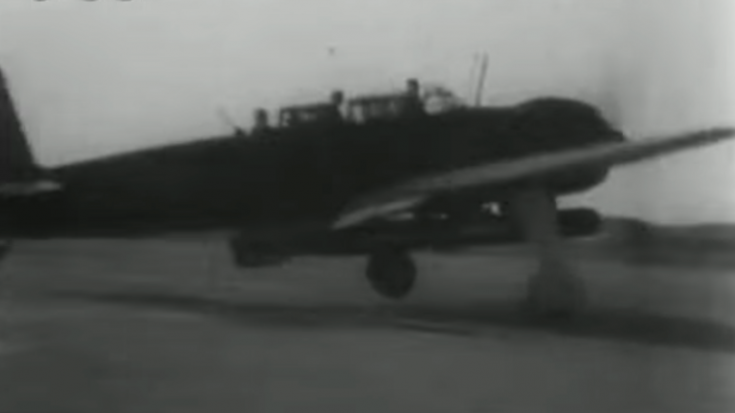 As American battleships advanced on Japanese territory it became clear to their Navy that they needed a way to stop them. Direct combat using their own battleships would put the lives of Japanese sailors at risk, so instead they turned to the very method they implemented at Pearl Harbor, torpedo bombers. To deliver a heavier payload to enemy surface ships the Japanese Navy dispatched the Nakajima B6N torpedo bomber.

Japanese Navy’s previous torpedo bomber the Nakajima B5 experienced limitations and used the B6N as an improvement. Japanese military officials placed a strong emphasis on a longer range for planes as well as performance suited for carriers. The Nakajima B6N filled the void they were looking for with a range of over 1,200 miles and weapon payload of up to 1,800 lbs.

Nearly 1,300 Nakajima B6Ns were built during WWII and they operated better results than previous torpedo bombers. A large canopy provided excellent visuals for attacks and the additional room for an onboard gunner to add a strong means of defense. However, the B6N Tenzan arrived too little too late to help stop the advance of Allied Forces in the Pacific.

“The first truly large-scale use of the B6N was during the Battle of the Philippine Sea. On 19 June 44, B6Ns took part in the large-scale carrier attack on the US fleet (37 in the first wave of attacks and 7 in the second). Both attacks were disastrous failures – 27 of the 37 B6Ns in the first wave were lost and 4 of the 7 in the second wave. Only 14 aircraft survived the attack, and none of their torpedoes struck home.”

This film is among the only recorded examples of the Nakajima B6N Tenzan in existence. Here you can see crews loading the Tenzan with its massive payload of torpedos and then launching into action.