Awesome B-29 Superfortress Breakdown: 4 Minutes To Know The Basics 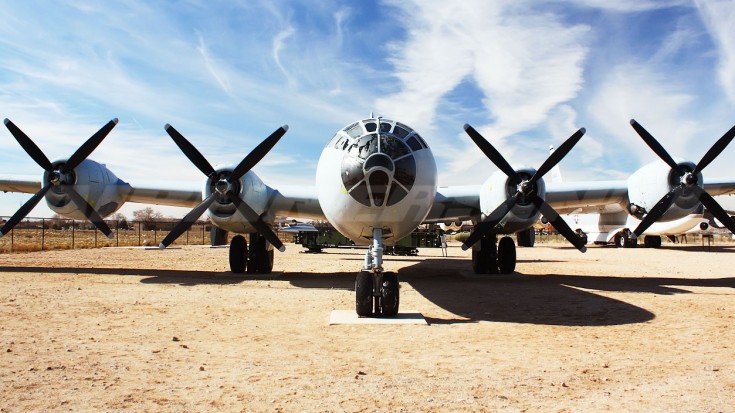 Facts You Should Know About One Of The World’s Top Bomber!

The B-29 Superfortress the world’s first aircraft with a pressurized cabin, making it the most advanced plane at the time of production. Designed and manufactured by Boeing, this massive bomber was powered by 4 Wright Cyclone 2,200 horsepower supercharged radial engines. It was heavily armed for self-defense and was designed to have significant range, as the United States needed a long haul aircraft to defeat Japan on their own turf as well as travel to Germany in the event of British defeat.

Key characteristics of the B-29:

The Superfortress was actually meant to be a bigger version of the B-17 Flying Fortress, and it certainly was. Boeing worked hard to develop a brand new plane featuring some technologies never seen before, all of which were placed in the B-29. According to pilots however, they weren’t easy to fly. They were plagued with engines that caught fire and propellers that failed and though pilots weren’t fond of being in the cockpits, they knew the benefits outweighed the losses. The most notable mission the B-29 was involved in was dropping the atom bombs on Japan.