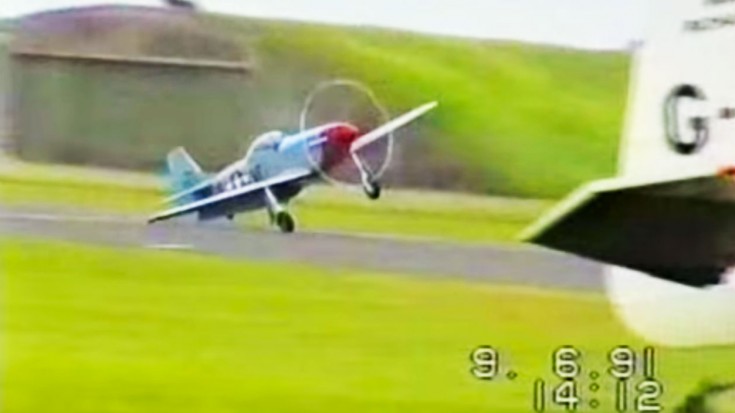 When Crosswinds Are Strong, It’s Best To Keep Your Cool!

This pilot, with nerves of steel to say the least, faced very strong crosswinds while landing and almost crashed. On one wheel and the wing scraping the runway, he managed to recover, leaving him and the Mustang to fly another day! In times like these compensation is key but as we’ve seen, the runway also had some dips which gave the Mustang that unnecessary bounce upon touchdown.

All said and done, our guess is that the pilot in the cockpit was a good one. Not only because of what we’ve seen, but because he was flying a P-51 in the first place. Nowadays, these babies go for anywhere between 2 to 4 million U.S.D., so unless he was a millionaire who just bought this as a toy, it’d be safe to assume the stick was in professional hands.