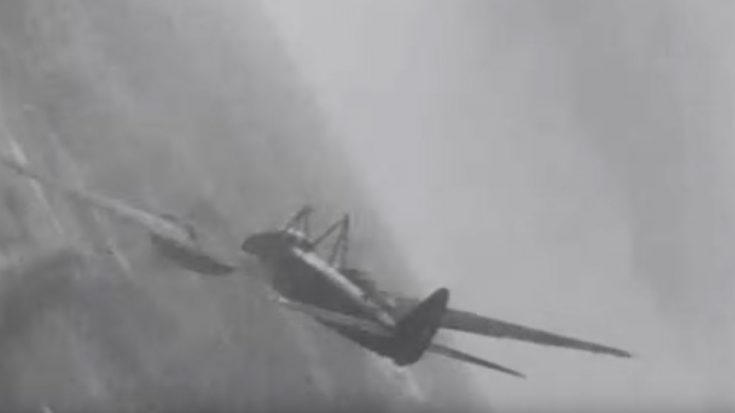 As The Saying Goes, ‘Necessity Is The Mother Of Invention.’

Towards the end of World War II, the  Luftwaffe invented a new type of bomber plane. With their backs against the wall and running out of supplies, many of the proposed solutions that might have seemed ridiculous earlier became a reality.

The Mistel, German for ‘mistletoe,’ was a composite plane configuration which called for a small fighter plane to be affixed to the top of a larger one. The aircraft at the bottom was to be unmanned, the fuselage filled with explosives.

There were about 250 of these ‘composite’ aircraft made by the Luftwaffe at the end of World War II.

The idea was for the smaller fighter plane to fly to strategic targets such as bridges and drop and glide the explosives-packed plane nose first into it. Basically, it was a giant ‘plane bomb.’ The first models of the Mistel used a Focke-Wulf Fw 190 or Messerschmitt Bf 109 as the carrier planes, and Junkers Ju 88 as the plane to be dropped. This composite plane configuration enjoyed limited success.

This composite plane configuration enjoyed limited success, however. It was first used in combat during the Battle of Normandy as a way to destroy strategic British targets but according to Allied documents did not make a significant impact one way or the other.