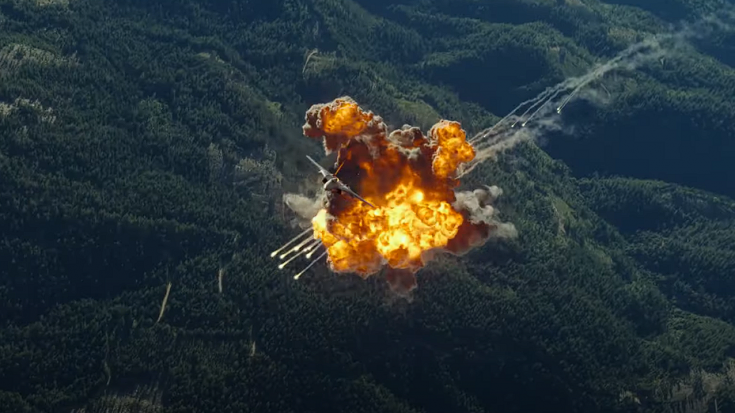 Smart Use Of Flares

Who else thought this scene was one of the best from the Top Gun movie? If you think so, then you’re not alone.

Much like the real F-14, Maverick’s F-14 also features chaff and flare dispensers. This feature is part of the Tomcat’s avionics along with its electronic countermeasures.

The Tomcat’s dispensers are on the underside of its fuselage and tail. In this scene, the F-14’s flares were deployed. These flares are composed of pyrotechnic composition based on magnesium. If a plane should deploy these, it would counter heat-seeking missiles whether it be surface-to-air or air-to-air.

This works because the missile seeks out the heat coming from the target plane’s engines. If flares are present, they become the targets instead.