B-1 Crew Performs Gear Up Landing 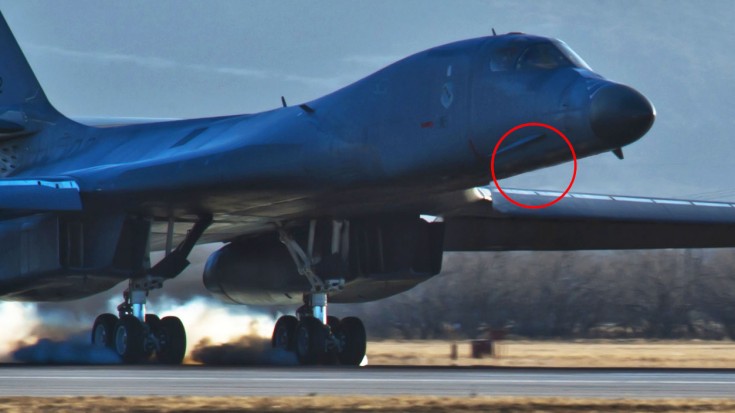 He Was Going Pretty Fast On Approach.

B-1 Lancers are considered the fighter jets of bombers if that makes sense. They’re capable of carrying up to 125,000 lbs. of ordnance at a speed of Mach 1.25, making it one quick, mean, butt kicking machine. Bones as they’re often called, have been known to buzz enemy positions and stop fights, as the enemy know what this bird is capable of.

This video however shows another side of the B-1 Lancer. The skillful crews who pilot her and how resilient they really are.

B-1 Lancers are often called “Bone,” which is the conjunction of its designation, B-One.

Back in October 4th, 1989, a B-1 From the 96th Bomb Wing was forced to make an emergency landing. Suffering a hydraulic failure, the front landing gear refused to deploy. With no other choice, they needed to land as is. The video you’ll see shows several vantage points of this landing, all captured by security cameras on base.

As you’ll see, the pilot did a tremendous job leveling off the plane once the rear wheels touched down, only lowering the nose when the plane was coming to a full stop. The damage amounted to the forward radar antenna being ripped off and some cosmetic damage. The plane was back in the air by January of the following year.