Bystander Gets Buzzed Good By Corsair 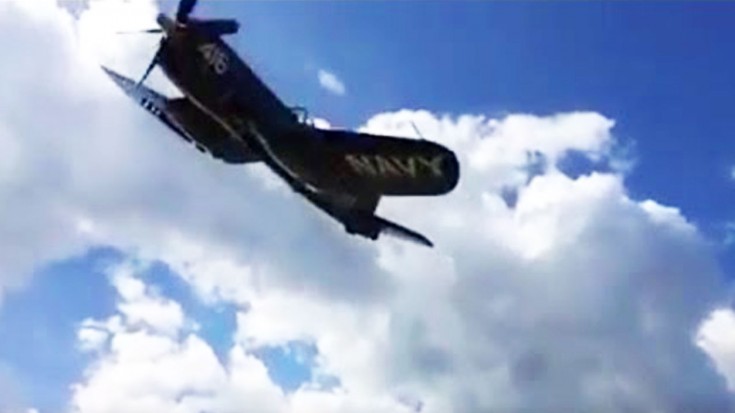 Getting buzzed is awesome. Getting buzzed by a Corsair however, is beyond words, especially knowing that there are only about 34 airworthy Corsairs around the world. Having said that, the person taking this footage got really lucky.

The video on Youtube did not have any information as to where or when this happened, but we’ve done some “investigating.” Judging by the pixelated footage (don’t worry, the video is still worth it), this must have been taken within the last decade. The person who filmed this also slowed down the footage right when the Corsair was passing, making this clip really awesome.

Another upside of that slow motion part is the fact that we could see the numbers on the nose and tail of the plane and yes, we tracked her down.

According to the warbird registry, this Corsair was delivered to the U.S. Navy under the Bu. 81415 sometime in the 1940s. It’s not clear whether she saw any battle, but has since changed hands a few times. Most notably, she experienced a wheels up landing in 1993, her damaged being fixed four years later.

In 2002, she was restored and flown as Korean War Hero, but sadly crashed at the end of that year, killing the pilot. The last registry information includes her being rebuilt and restored to airworthy condition between 2006 and 2014.