B-24 Liberator, Witchcraft, Warms Up & Takes Off 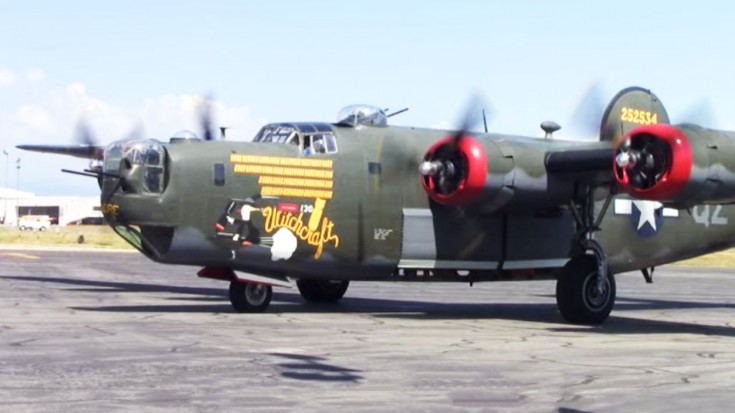 The Consolidated B-24 Liberator was an American heavy bomber that was used by many of the Allied forces. Quite often compared with the B-17 Flying Fortress, the Liberator had a higher top speed and longer range, however, it was much more difficult to handle and could not take much battle damage due to its design. For these reasons, pilots and crews preferred the B-17s. Nevertheless, the B-24 did serve well in a variety of ways, for its long range and large bombing capacity enabled it to inflict significant damage on the enemy.

As of today, there are only two airworthy Liberators, one of which is Witchcraft in the video you’re about to see! She flew over 130 missions during World War II, and is the only fully authentic Liberator that still flies. Not only does she fly, she flies a lot too! To educate the public about how rich aviation history is, Witchcraft flies to about 120 airports per year alongside a B-17 Flying Fortress and a P-51 Mustang.